Elia and MétéoFrance will present their collaboration to take into account climate change when performing compatibility studies for the Belgian electricity system.

This webinar presents how Elia, the Belgian Transmission System Operator (TSO), has collaborated with MétéoFrance to build long-term supply-demand balance plans which incorporate the effects of climate change.

Europe is committed to being the first carbon neutral continent by 2050. To achieve this ambitious goal, TSOs must anticipate the massive influx of renewable energies (RE).

The compatibility studies carried out by Antares-Simulator allow for the virtual testing of an electrical system by simulating wind, solar and hydraulic production capacities. The RE production data is based on a climate model, taking into account temperature, wind, radiation, precipitation, and cloud cover data.

Elia relied on the expertise of MétéoFrance to build climate plans based on both historical weather observations and climate change.

Thanks to meteorological data and the open-source software Antares-Simulator, Elia was able to carry out its 2050 Generation Adequacy Report, estimating its potential for integrating RE.

Christian Périard from MétéoFrance will present how MétéoFrance has modelled climate change in its weather forecasts.

Bilal Hahati from Elia will present how Elia’s teams have converted climate data into physical values to be integrated into the Antares-Simulator and will give an overview of the Belgian electricity mix from the latest study on compatibility and flexibility 2022-32.

Register to learn more about: 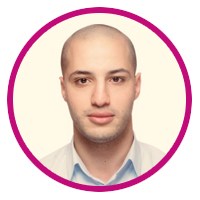 Expert in market and adequacy studies at Elia

Bilal Hahati is responsible for carrying out various market studies published each year by Elia within the “Scenarios, Market & Adequacy Analysis” team, on topics relating to the adequacy of the Belgian electrical grid, the investments in interconnection projects and the long-term scenarios. These studies are performed with the Antares tool, supplied by series of market and meteorological data simulating the electricity market at different time horizons.

Deputy Technical Director of the Sales Department at Météo France

Christophe Périard is responsible for complex national and international technical projects in the Energy, Defense and Space sectors. He takes part in the European consortium Aristotle in charge of the characterization of Geophysical hazards and the estimation of their impacts on socio-economic activities. This experience on extreme events and their impacts allows him to have a global vision of situations in Europe and the rest of the world.

Hugo is a power system expert at RTE International and has conducted research at McGill University in Canada. He is working on the development of the open-source software Antares-Simulator and is in charge of the development of ENTSO-E’s short-term adequacy tool. 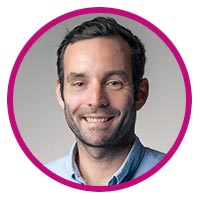 César Clause is responsible of large-scale European digital projects within RTE international. He participates now in the construction of the future rules and operation procedures that will be put in force all over ENTSO-E countries. This experience enables him to have a wide vision of the practices of the different TSOs in Europe.

ELIA manages the Belgian high voltage network and its role is to transport electricity. The purpose of the high voltage network is to transport the electricity supplied by electricity producers to distribution grid operators and large industrial users. In its capacity as network manager, ELIA ensures that transparent, non-discriminatory and objective access to the network is guaranteed. ELIA owns all Belgian network infrastructures between 150 and 380 kV and almost 94% of the network infrastructure between 30 and 70 kV.

ELIA’s network is a key link between France, Europe’s largest electricity exporter, and markets in Northern Europe. ELIA’s main activities are as follows:

In response to the strong societal expectations raised by the growing awareness of climate change issues, Météo-France has striven to promote the findings of climate research and to make this information accessible to the general public, the public sector, and private actors. With this in mind, Météo-France has structured its offer of climate services and has regularly enriched it by integrating the needs expressed by its users. Météo-France has also contributed, at the highest level, to the elaboration of the latest IPCC report, thus reinforcing France’s position on climate issues. The last years of the contract were marked by the COP 21 in Paris, which resulted in the organization of numerous communication actions involving the institution’s climatologists throughout France.