All of RTE international’s activities, including those of its subsidiaries, are directed by the Executive Committee. In particular, it manages and supervises commercial activities and the technical and organisational management of its projects.

The Chief Executive Officer reports all of RTE international’s activities to the Governance Committee. 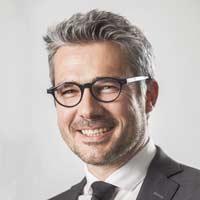 Nicolas Bréham was appointed Chief Executive Officer of RTE international by the Governance Committee in 2017. In 2020, his position was extended.

Nicolas started his career at RTE, working in SCADA operations, control systems and communications. He then spent six years working at various substations for Jemena, an Australian gas and electricity distribution company, where his responsibilities included SCADA, real-time operations, large-scale strategic projects and later managing engineering planning. This experience gave him both vision and expertise in all areas of managing electricity networks.

Nicolas has a Master’s in Electrical and Automatic Engineering from ENSEEIHT and a Master’s in Business Administration from the University of Lille. 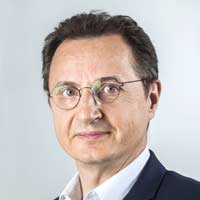 Philippe Michal is the Director of the Power System Expertise service line.

Holding degrees in Electrical Engineering from HEI Lille and in Business Management from IAE Paris, Philippe started his career in 1986 at EDF. He joined RTE international in 2005 as a Project Manager, later becoming a service line director. He has managed over one hundred international projects, contributing to each his expertise in the organisation, operation and maintenance of electricity transmission systems. 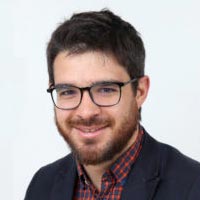 Since 2019, François Guillermet has been RTE international’s Business Development Director.

François started his career in 2010 at the French National Assembly where he was the expert in charge of energy-related issues. Most notably, he was involved in the laws of 17th August 2015, relating to energy transition and “green growth”, and 15th April 2013, aiming to prepare the transition towards a clean energy system.

In 2015, François joined the French transmission system operator, RTE, as an adviser to the President of the Board of Directors. In this role, he supervised strategic files related to the development of the company, such as the international expansion of the RTE group. 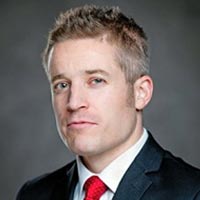 Oran Leavy has been the director of the Engineering service line since 2019.

Oran has experience in international project management in many areas, including electricity, transmission and distribution. In particular, he has worked as a consultant for European Grid Connections and as project manager at Vinci Energies on the ITER nuclear fusion experiment.

Oran has an MBA with a focus on strategy and change management from the London Business School and also holds a degree in Electronic and Electrical Engineering (BEng (Hons)) from University College Dublin. 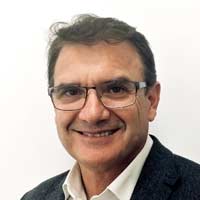 Paul Lagartinho is the director of the Maintenance Optimisation service line.

Paul joined RTE international in 2018 with more than 30 years’ experience in managing live working projects on substations and high and medium voltage lines, both in France and abroad. He is also a professor of electricity and energy at the University of Aix en Provence, where he specialises in Electronic Engineering and Power Electronics. 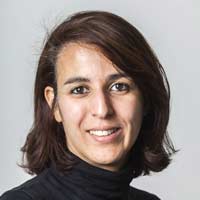 Director of Procurement and Materials

Amel Arotçaréna has been the director of the Procurement and Materials service line since 2013.

Amel received her degree in Purchasing Management in 2003. She then joined RTE’s purchasing service, where she implemented a contract framework relating to maintenance and works, as well as a purchasing policy for works, design and project management. 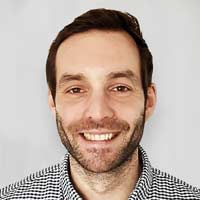 Having worked for RTE and Coreso, César is responsible for RTE international’s digital European projects. He is involved in the creation of operating regulations and procedures which will be implemented in all member countries of ENTSO-E.

César received his Engineering degree from the Ecole Centrale de Lyon in 2008 and an MBA in Project Management from Paris-Sorbonne University in 2009. 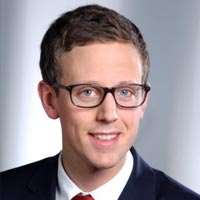 Director of Power Electronics and Studies

Markus Vor dem Berge is the director of the Power Electronics and Studies service line. He joined RTE international in 2020.

Markus previously worked at Siemens AG as a system design engineer on HVDC PLUS technology. In particular, he led the works on several HVDC VSC projects as sub-project manager in Europe. He was also the technical project manager for VSC Bipole 2000 MW, ±525 kV for onshore and offshore applications.

Markus has a Master’s in electrical engineering, electronics and communication technology and energy engineering from Aachen University.

The Governance Committee of RTE international has five members from RTE including a chairman. It supervises the activities of the subsidiary and appoints its Managing Director. 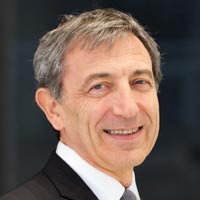 Hervé Laffaye is an engineer (Ecole Centrale de Paris) and has internationally recognised experience in the field of electricity transmission networks. He is currently Deputy Director General of RTE in charge of European and international affairs and, in this function, chairs the subsidiary RTE international. He took part in the creation of RTE in 2000, holding a succession of operational responsibilities: Director of the French national dispatching system, then Director of the Transmission Division and finally Director of all operational activities (maintenance, operation, development and engineering).

Hervé Laffaye is a member of the IEEE and Cigré and represents RTE in several international organisations: GO15, MED TSO and IESOE. He is also President of the ENTSO-E association.

Offices and Subsidiaries
Mission and Commitment